Back to Back weekends of raging and shredding!


Never in this age of political correctness and pussy-footing around stepping on the toes of someone else's idealistic bullshit has there been 2 events scheduled over consecutive weekends of such a ballsy caliber. 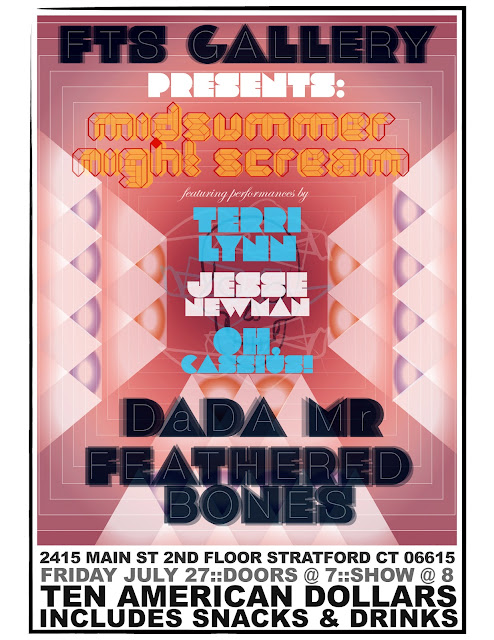 First, on Friday July 27th, 2012, FTS Gallery brings you "Midsummer Night Scream," an evening dedicated to worshipping the sun gods of summer while partaking in pagan activities such as consuming libations of liquid splendor and gnoshing on delectables of the highest and mightiest quality while listening and dancing and loving and partying.  Audible divinity for the evening will be provided by the following talented sinners:


This band is the culmination of Ms. Meredith DiMenna of St. Bernadette and Mr. John Torres.


Feathered Bones is John Torres' full band.  Come witness the auditory slaughter as Feathered Bones shred faces at the gallery.  Sonic womps and acutely precise guitar symmetry= evening lap spills...  that is what you'll get with these fellas.

"John Tores' main band. Mr. Torres grew up listening to artists like Cat Stevens, Crosby, Stills, Nash, & Young, Jim Croche, and The Beatles, and was later influenced by Sonic Youth, Nirvana, Elliott Smith, and Neutral Milk Hotel. He began songwriting while at Carleton College in Northfield, MN, and continued writing in the years after college. He has spent the last 3 years crafting a sound that is entirely his own. His music has been described as soulful, honest, playful, and tormented."
--excerpt taken from FTC's website.


the very next weekend... 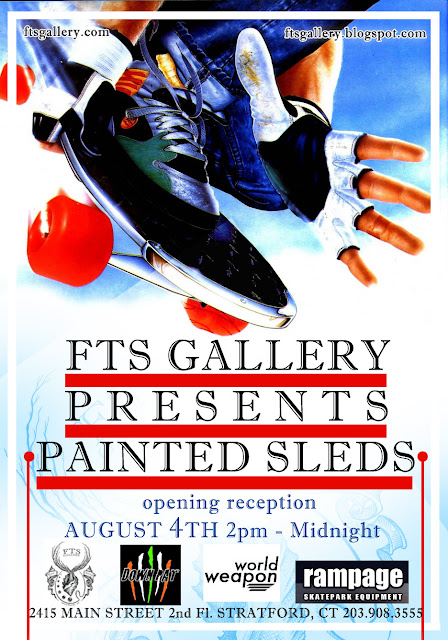 FTS Gallery brings you "Painted Sleds," an art show demonstrating the skate deck as a canvas.  The opening reception will feature several talented artists lending their creativity to the gallery by displaying their customized decks on the walls of FTS.  The evening will also include vending from World Weapon Clothing (Brooklyn, NYC) and Bridgeport's finest, Rampage Skate Company.


FTS is also using this occasion as a meet and greet, where all of our friends can welcome the newest member of FTS to the family.  Mr. Alex Harris is a tattooer from Black Rock, CT who is currently tattooing in New York.  It was during his guest spot at FTS a few weeks ago when we witnessed an individual with high energy and positivity, qualities which are privy to the Forest To Shore culture.  Within the next several weeks we will be booking appointments for Alex every Tuesday at our shop.  Soon, he will become a permanent artist at the gallery, so be sure to raise a toast to this fine artist when you see him at the show.

Some New Work By Raquel Cude 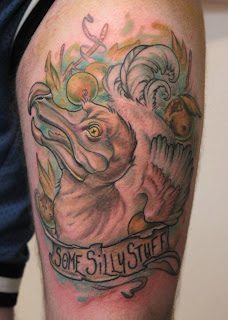 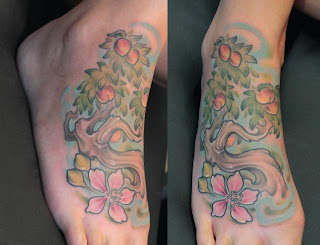 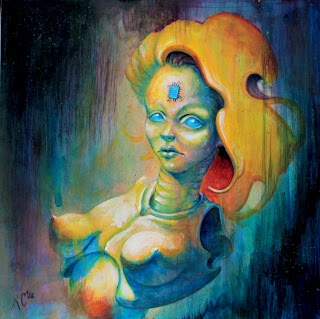 cd cover
Posted by FTS Gallery at 6:24 PM No comments: 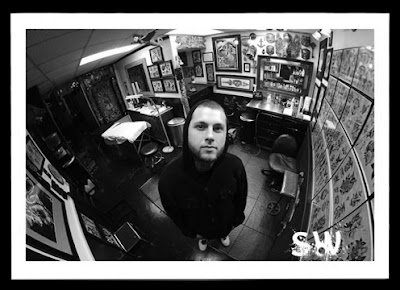 Straight from Houston, TX-- Mr. Shawn Will is going to be zapping folks at FTS from Monday 7/23- Sunday 7/29.  Check out the time-lapse video below showcasing the tattooing process ala Mr. Will.
shawnwill.com
As always- contact us @ 203-908-3555 or email us at ftsgallery@gmail.com in order see how you can book your appointment with this talented artist. 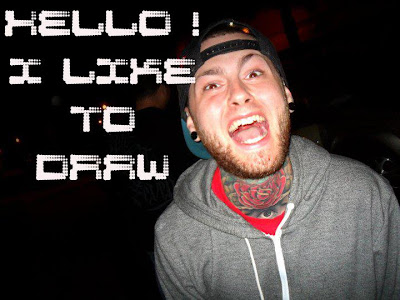 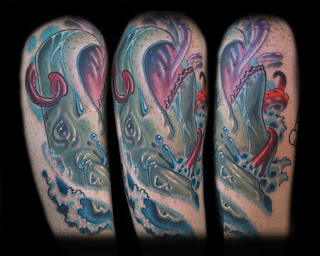 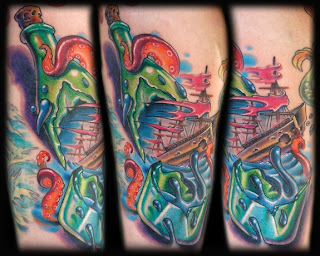 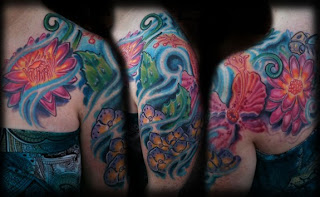 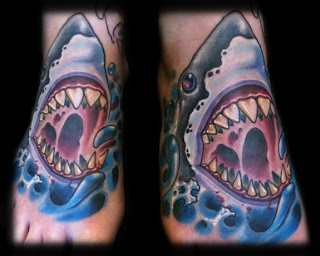 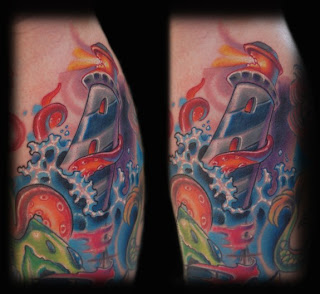 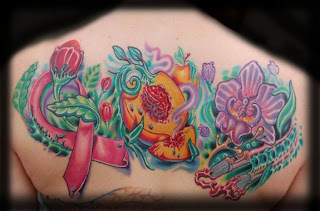 FTS Gallery
Stratford, CT, United States
FTS Gallery is an art gallery and tattoo studio priding itself on openness and creativity. Our goal is to inspire as well as to be inspired by a creative community. Don't be bashful, stop in to book an appointment with one of our artists, or swing by just to admire the work in the gallery.